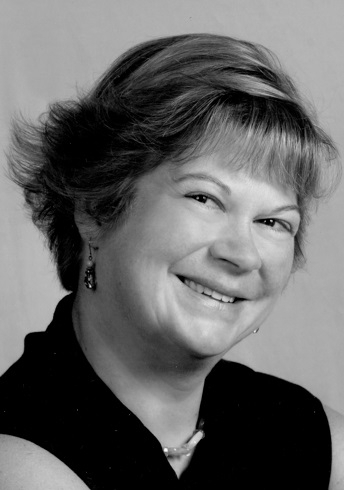 When you think about your life, it’s not a linear life; there are all these different things that weave in and through. And you don’t know it at the time, but they benefit you later by having that experience.

She is recognized for her professional contributions to scholarly communications, innovation, health literacy, and mentoring.

Shipman was interested specifically in medical librarianship from an early age, influenced by her mother’s job in a university library and her sister’s career in health. She pursued her goal in library school at Case Western Reserve University and sought her first position at the 1980 Medical Library Association annual meeting. She began her career at Johns Hopkins University where she worked for Nina Matheson and gained lifelong lessons on risk-taking and an expansive role for libraries. After a position at the Greater Baltimore Medical Center, she went to the Southeastern/Atlantic Regional Medical Library at the University of Maryland at Baltimore as resources management coordinator. A move to the University of Washington followed, working in fee-based services and as associate director for information resources management.

Her next two positions saw her assume directorship roles. At Virginia Commonwealth University, she started consumer health libraries and extended her experience in relations between academic and health sciences libraries. She then went to Utah, where she succeeded Wayne Peay. In addition to the library, she directed the MidContinental Regional Medical Library and the National Training Center of the National Network of Libraries of Medicine and led information transfer for the Center for Medical Innovation. Eccles Library staff took on many new roles involving collaboration with partners and application of technology, such as a database to assist researchers at different stages, working with medical therapeutic gamers, developing an electronic channel to document content in innovation, and creating an applications user lab in a digital consumer library.

I said, “What I can bring is collaboration and the ability for the library to be partners in ways that you probably can’t perceive nor I can perceive. But I will always be looking for the opportunities…” [W]e were a part of so many things. I just am proud of where we took information as a commodity, not how to just transfer it, but how to transfer the idea that information would add value to whatever endeavor.

Shipman served on the Medical Library Association Board of Directors and as 2006/07 president.

I got into the whole cycle of wanting to do more and be more a part of things and be more active in the organizations. It became a way of life then. As I would mention to my employees, when work really gets you down, seek your professional association and do something there that you feel good about and creative about. And then when you get tired of that, then you go back to work. And balance those two…where you kind of make the best of the time with [each].

She planned the Informationist Conference sponsored with the National Library of Medicine. Her presidential priorities included health literacy, with a research project funded by NLM to assess hospital administrator awareness and build an advocacy role for librarians. She received MLA’s Marcia C. Noyes Award in 2017.

[A]s I was receiving it, I knew I was going to be going to Elsevier, and I kind of had that moment of what are you doing, because people would laugh at me, saying, “You’re going to the dark side…” [W]ell, am I really going to the dark side, or am I bringing along the profession to the dark side and making it a little bit brighter on that dark side? I did put a lot of thought into what I was going to say [when I accepted the award]. It was right around the time when misinformation was starting to be recognized also and the whole harm of that. So, I encouraged the membership to really believe in what value they would bring to put forth quality and accurate information.

Shipman coedited two books, on information and innovation and on strategic collaborations in health sciences libraries.

Another thread throughout Shipman’s career was building bridges between publishers and librarians. She served as co-convener for the Chicago Collaborative between the Association of Academic Health Sciences Libraries and publisher associations and on the Society for Scholarly Publishing Board of Directors.

Maybe there is a whole different model out there of how publishers can work with libraries on delivering articles at a reasonable delivery point, so that there isn’t this need for an intermediary of a library as a copier of content, but as a source of content, even for those that don’t have subscription access.

Her final position at Elsevier used her background to help her represent the company and the library profession worldwide to one another.

So, where should a librarian be practicing in the future, and especially in a digital arena… [W]here does the library profession sit in that world where collection access or information purchasing is not your primary role? Will our other skills—which I think are even more valuable—like training and interpretation and advancement of managing information and organizing things, will those be enough to be of value to afford in an institution that’s strapped in today’s world?

I really give a lot of credit to our founders of MLA, because of the waters they had to tread to get the recognition and appreciation for what a difference a medical librarian could make. But I think we are almost at that same critical cusp or tipping point. We have to say why medical librarians are different from academic librarians and why we’re still needed in a world where a lot of acquisitions are shared among medical and [academic libraries], and we have to be able to articulate that difference effectively.