Mosaic 2016's final event featured the plenary speaker Ellen Jorgensen. She is the cofounder of Genspace which is a community lab in Brooklyn dedicated providing access to biotechnology. She was inspired by the DYI BIO movement which centered on the general interest and public understanding of biotechnology. The DYI Bio movement sprouted because of three things: The maker movement, synthetic biology, and availability of cheap DNA and used equipment.

Ellen started to meet with people who were interested in DYI Bio in NYC. When the group was started, they did some simple DNA analysis. It was fun and especially very interesting to people who were not in the field. She named the group Genspace because it was a general space where they could explore. She starting doing outreach by going to places like street markets and extracting DNA. She aimed to get the conversation started about DNA.

They were initially meeting at members apartments. Eventually the group found a new and more permanent place to house Genspace in Brooklyn in a building that houses creative businesses and artists. It is conveniently located to many subway lines so that it is accessible to many people.

Genspace became attractive to many because it is a nonprofit lab and not affiliated with anyone so they could research without restrictions. Scientists especially love tinkering so they were attracted to it. She started teaching biotech classes and may have been the first person to teach the public biotech classes. The membership at Genspace works like a gym membership where members pay a membership fee and can come whenever they want. Sometimes the projects might not be useful, but are fun. The space is not just for scientists; It is an education place, and a community biolab. Other similar labs have used Kickstarter to get started. There are now over 30 labs in the US and at least 5 in Canada.

Ellen described the space as a neutral, casual space with real science. Most the equipment came from her old labs after they closed and donated quality equipment. 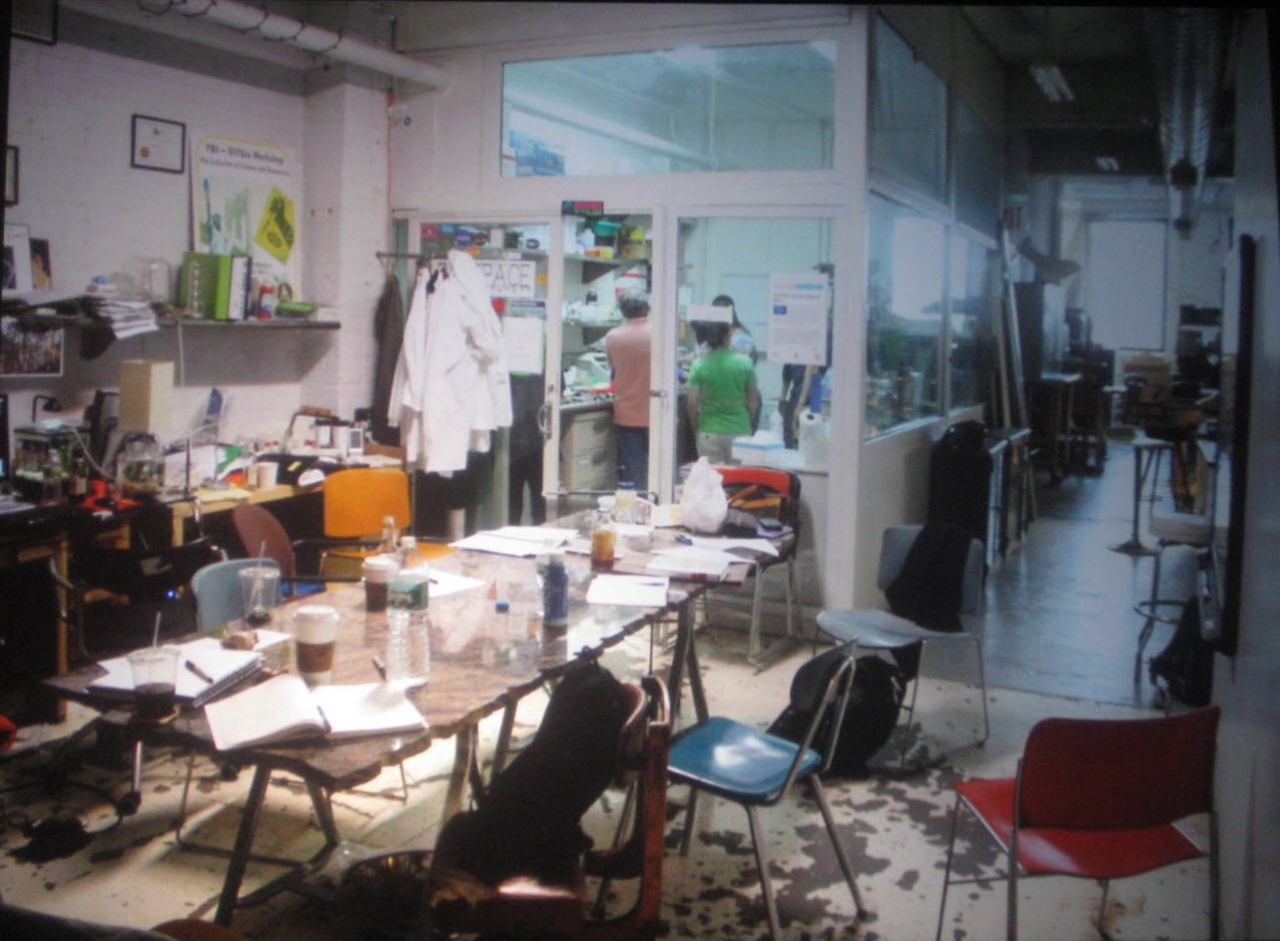 When the lab space opened they did not know who exactly would use the space. The first people to use the space were artists. One artist wanted to change cell colors at different stages of division. Another artist used hair, chewing gum or cigarette filters she found in the NYC subway system to extract DNA so that she could find out about the person it belonged to. By running a PCR, she was able to identify physical characteristics such as ethnicity and eye color. She has created 3D models of faces while using her artistic ability. 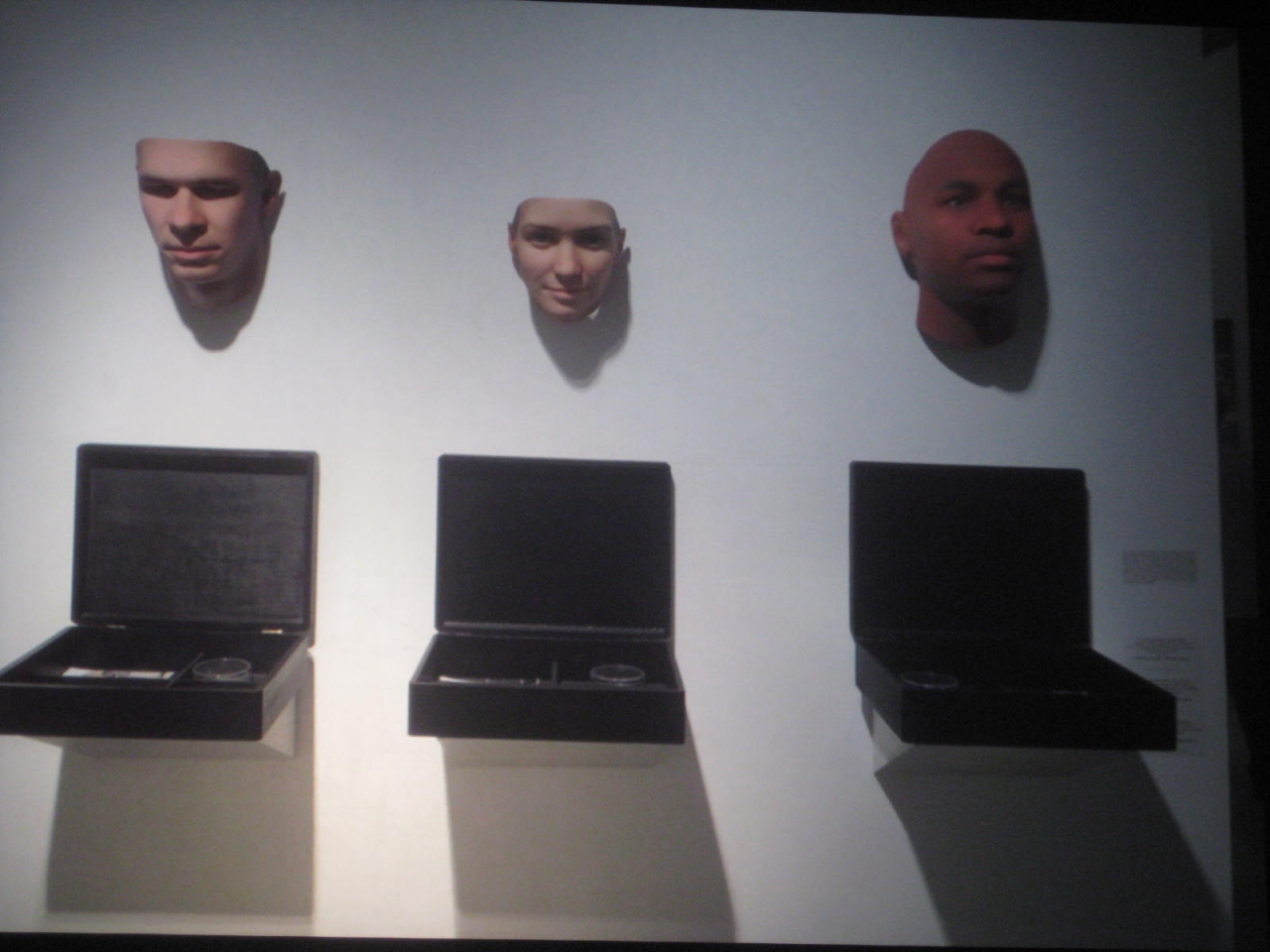 There were promotional activities that took place. They started teaching to the general public and have even done corporate events. They had open houses so they could promote group projects. Ellen also led a group expedition in Alaska to "barcode" plants.   The group backpacked in the Wrangell-St. Elias National Park. Some people collected higher elevation plants and some got water plants. They extracted plant DNA and put it into a database. This benefit of "barcoding" will make it easier to identity plants in the future. More about the barcoding project can be found here: http://blog.ted.com/2013/01/15/alaska-or-bust-ellen-jorgensen-barcodes-plants-in-a-remote-national-park/

Mentors have also begun to volunteer their time. They have also created teams for iGEM and urban barcode teams. There has been a lot of outreach with kids in the community. Over time, Genspace has hosted many projects such as a biodesign challenge, a study of the Gowanus Canal, and PCR and Pizza. They have recently begun attracting entrepreneurs. It is because they have a good variety of equipment, and access to possible funding and top people who do the same thing.

The question about lab being used for harm arose. It was determined that there was need to impose unique limits on the group and there is no serious risk. Questions also arose regarding CRISPR. She Ellen taught classes about CRISPR so that they could frame themselves as a responsible about the topic.

Genspace is a unique lab that provides a deep hands on experience for a diverse community with ease of access and low cost. It teaches that DNA is everywhere and continues to create a culture of shared responsibility. I recommend that you check out projects and people at Genspace on the web: http://genspace.org/

Mosaic 2016's final event featured the plenary speaker Ellen Jorgensen. She is the cofounder of Genspace which is a community lab in Brooklyn dedicated providing access to biotechnology. She was inspi...
I Found a New eCompanion!