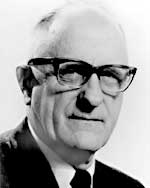 William Postell successfully combined interests in science and history in his second career choice of librarianship in his native Louisiana. As a medical librarian he headed the libraries at Louisiana State University Medical School and Tulane University Medical Center. As a researcher, he delved into plantation account books and probate court records to produce The Health of Slaves in Southern Plantations, which was published in 1953. He served the Medical Library Association on committees, as the editor of the Bulletin of the Medical Library Association from 1946-49, and as President in 1952. He was recognized by his profession with the Noyes Award and by his city with its Certificate of Merit.

Bill's great-grandfather and two uncles were physicians and another uncle owned a drugstore. As a boy, he accompanied one uncle on visits in a horse and buggy. He recalled, with some horror, the brisk sales of calamine and Epsom salts during that era. What led Bill to librarianship was the dearth of jobs for geologists during the Depression and the advice of the library director of the Louisiana State University. The director not only gave advice but supplied Bill with a job while he was in library school. After putting in four years as a high school librarian, Bill happily switched to medical libraries. "When LSU School of Medicine was looking for a librarian, they asked Mr. McMillan, the Director of Libraries there, to recommend someone with a science background and I was about the only one that was available that they knew about, so I was recommended for the job. That's the way I got it." More than content in medical librarianship, Bill was not tempted by offers of directorships in general academic libraries. In 1959, he succeeded Mary Louise Marshall at Tulane University. Upon his retirement in 1974, Bill was succeeded by his own son. To ward off the frustration and unease of a looming mandatory retirement, Bill set himself a task. "So I hit on a project of writing a series of stories. What my life might have been if I had continued as a geologist...I had certain tidbits that would lead me on to one thing and another. So I wrote eight stories." Actually, Bill's "retirement" turned into a half-time appointment as historian for Tulane University. "...Dr. Matas, in his desire to write a history of medicine in Louisiana, wrote many of the older physicians throughout the state seeking information regarding the early history of medicine in their parishes. These replies, or compilations of correspondence were filed by parishes. I found these files most valuable but the greatest handicap was the lack of an index...I have completed that. And I also brought up-to-date Ms. Marshall's genealogy, which she called Departmental Genealogy of Tulane University School of Medicine - how departments divided and all that."

Bill was active in the Medical Library Association from 1938 and warmly recalled the sense of community in the small organization, something he suspected can be found now more at the regional level. It was Mary Louise Marshall who recruited Bill for the position of the Bulletin of the Medical Library Association editor and what he remembered most about that responsibility was the constant search for a suitable printer. Other association matters he commented on were the establishment of the central headquarters and certification. "...it wasn't a question if we had to have a Central Office, it was a question of whether we could finance it. I really studied the finances, the Association's finances at that time, and I came to the conclusion that if Headquarters would do the Exchange that we could probably make it. It was close enough that it was worth the try." Summing up the certification debate, he recalled that first there were fears and doubts about the value of certification and then there were differences of opinion on the requirements (exam, internship, advanced degree). "...I think that the concept is very good. I didn't think that when we started that what we had was a perfect system, regardless of what we did, but we had to start somewhere and that sooner or later it would be corrected." When asked about what were the most important requirements for a good Medical Library Association president, Bill responded, "Leadership is one. I would think a person who was too selfish and looking to his own glorification that would be a very poor president. I think you have to, more or less, give of yourself to something else. To my mind that would be the best type of president. Doing it for the good of everybody..."

The interview closes with Bill's response to a question about the purpose of medical librarianship. "That's very simple, to bring together man and the products of his work. Now anything we can do to make that more effective is fine - like the computer. All the gadgets we have today, it's making it possible for this enormous amount of literature just pouring out to become available. It's certainly to our advantage."