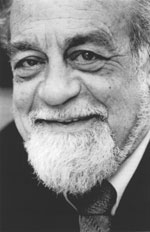 Erich Meyerhoff was interviewed by Rachael Anderson on August 7, 2003. He spoke about the Medical Library Center of New York from his vantage point as the founding Director (1961–1967), and Director Emeritus. From his perspective, librarianship during the late 1950s and early 1960s was going through a period of intense activity, rapid change, and great expectations.  Library practices were subjected to rational examinations of library practices, goals, and missions. Medicine and medical schools were in a state of rapid growth, and librarians felt "they were an important part in the advance of both librarianship and of medicine." It was in this context, he says, that a vision of Medical Library Center of New York emerged, and was successful.

The Medical Library Center of New York, an enterprise incorporated in November of 1959, provided shared resources and services to other libraries, particularly medical libraries and scientific institutions in New York state and the New York metropolitan area.  The Center operated on a cooperative, collaborative basis as a "library for other libraries."  Its main purpose, initially, was to be a central institution for housing and distributing journals because of the enormous growth of the journal literature and inadequate library storage space in the major area medical schools for rarely used materials. This model stemmed from the goals and activities of the Midwest Inter-Library Center (MILC), founded in 1949 as a deposit library for ten Midwestern universities, and was influenced by the New England Depository Library, which was for materials storage, but not common materials use. Other goals were to "maintain a union list of current literature in the New York area, facilitate the acquisition and sharing of medical books, periodicals, and medical library equipment, and provide for research and experiment in the field of medical librarian practice and administration."

The Medical Library Center of New York acquired an eight-story building in Manhattan, and in January 1964 moved into the portion of the building reconstructed for its headquarters. As director, Meyerhoff planned and carried out the Center's activities with the support of an Advisory Committee of Librarians consisting of the chief librarians of each of the participating institutions. The deans of its affiliated medical schools and the administrative officers of its affiliated institutions constituted its Board of Trustees.

Concepts about access, collections, and librarianship in the present day thread throughout Meyerhoff's interview. He speaks about usage patterns of [journals] and the desire for "things that were published during the last ten years and not before then," and also the matter of necessity to house and distribute journals that "were not heavily used or top quality." He relates that the Union Catalogue of Medical Literature was developed with specificity and detail "down to individual issues that people held," and, notably, that the Catalogue was built with "[computer] programs where the source codes were available to everybody."  He speaks of the need for computer specialists, and of creating applications that enable "easy user access directly."

Erich Meyerhoff left the Medical Library Center of New York at the end of 1990, and the Center closed in 2003.