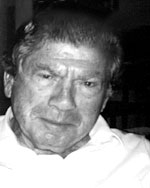 David Kronick came to the new medical school in San Antonio in 1965 and served at the University of Texas Health Science Center Library until he retired in 1985. He had previously served in the Army during World War II and held library positions at Western Reserve, the University of Michigan, and the Armed Forces Medical Library (now the National Library of Medicine).

David was one of the true scholars of the medical library profession, earning a PhD from the University of Chicago in 1956 and writing extensively on the history of medicine, scientific publishing, library management and information science. He was honored as one of the Pioneers of Information Science in 1998 by the Conference on the History of Science and Information Systems, presented the 1980 Janet Doe Lecture on The Librarians Life: Scholarship and Librarianship, and received the 1987 Ida and George Eliot Prize for his book, Literature of the Life Sciences, Reading Writing and Research. His books on the history of scientific publishing are classics.

David first joined MLA in 1947 and served as Business Manager before the organization had a central headquarters. He also served as the MLA representative to the American Association for the Advancement of Science. He was elected an MLA Fellow in 1985, and in 1991 MLA established a travel and research fellowship in his name.

He was very active in education, serving as vice-president of the Health Education Center in San Antonio and as the principal investigator on an NLM grant to study health sciences library manpower needs and training. He was a lecturer at the Chicago Graduate School of Library Science and the Library School of Our Lady of the Lake University in San Antonio. He led a study funded by the Association of American Medical Colleges to develop guidelines for medical school libraries and worked with the Pan American Health Organization to develop a MEDLARS center in South America,

David was able to be active in the world of scholarship and historical research and yet also embrace change and new technologies. In his oral history he advises new librarians to “keep up with the technology, for crying out loud,” but also says that “if it happened after 1800, I’m not very much interested – that not really true, but that’s where my heart lies.”