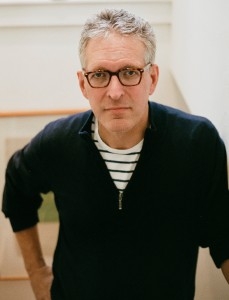 MLA 2018’s McGovern lecturer William Powers is the author of Hamlet’s BlackBerry: Building a Good Life in the Digital Age (Harper Collins, 2010). Widely praised for its insights on the digital future, the New York Times bestseller has been published in many countries and languages. In describing Hamlet’s Blackberry, Powers shares that the book “offered constructive philosophical solutions to some of the human downsides of digital life.”

After being selected as a media fellow at Harvard’s Shorenstein Center, Powers joined the MIT Media Lab in 2014. At MIT he is developing new technologies for journalism at the Laboratory for Social Machines. Powers’ continues to write pieces on the challenges of our current digital society and the struggle to make current technologies more humanistic. Traffic, TheAtlantic.com, National Journal and the New Republic have featured some of his recent columns.

Powers has been a keynote speaker at South by Southwest and the Aspen Ideas Festival, and members of the NAHSL Chapter of MLA may remember his excellent address at the 2016   Annual Meeting in New Haven, CT entitled “Data for Humans: A Healthier Revolution.”

His insights will certainly make for an exciting, engaging and timely lecture. More information about William Powers is available at http://www.williampowers.com/.