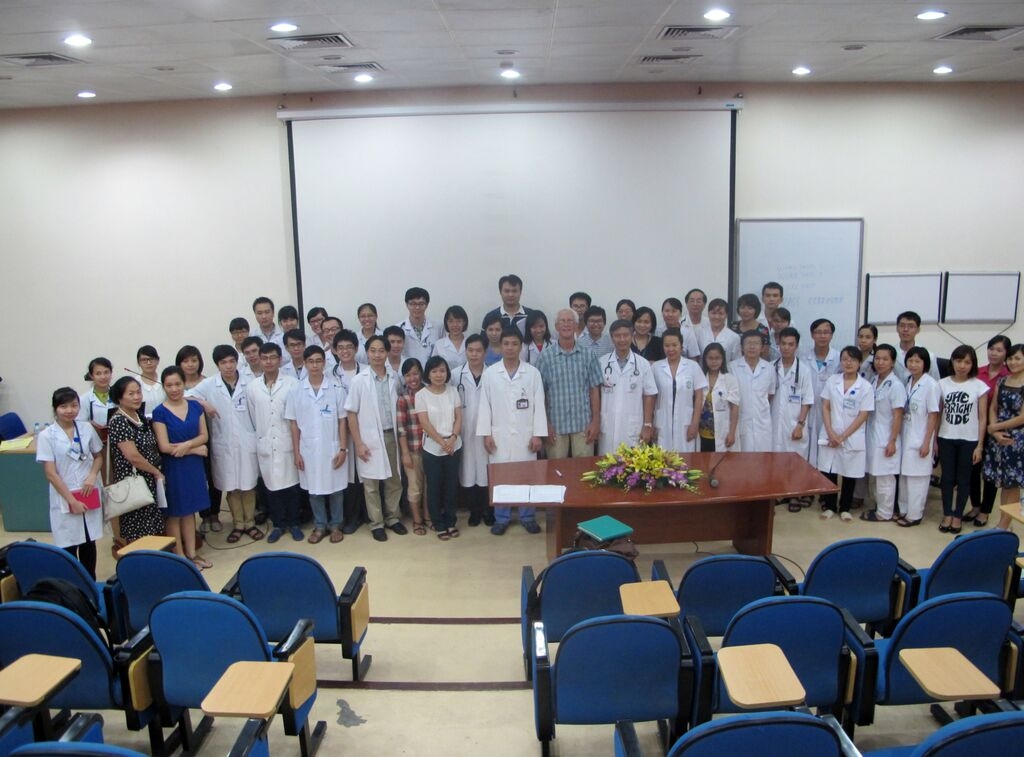 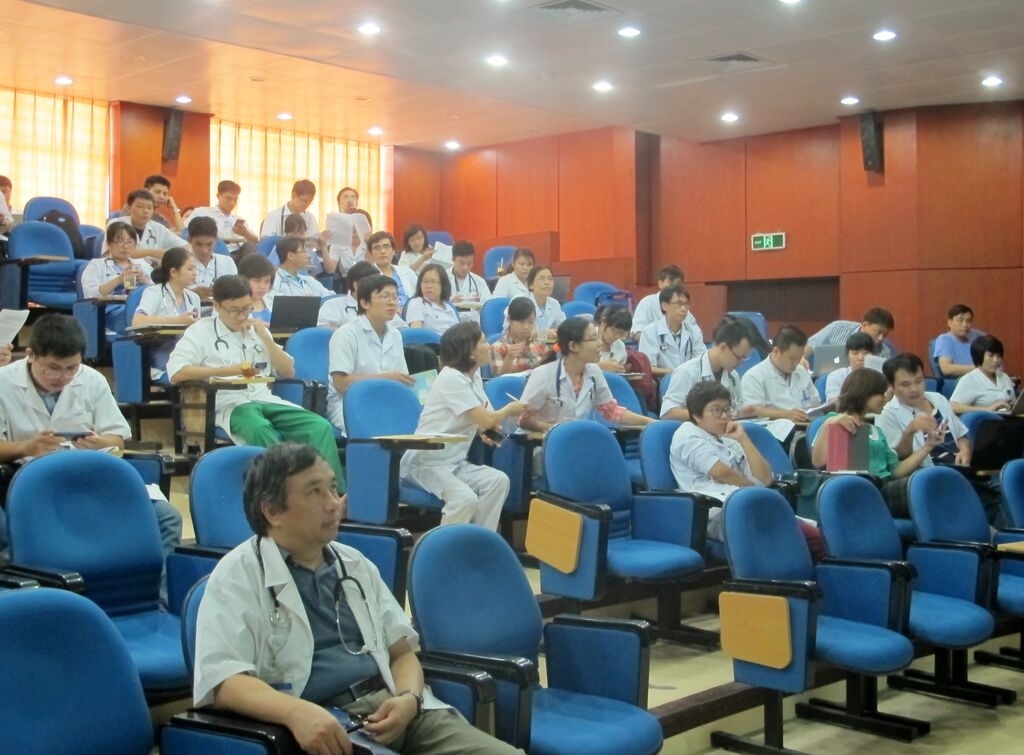 On September 28-29, 2015, additional workshops were conducted in Hanoi, Vietnam. The initial workshop was a one day training at the Bach Mai Hospital, a huge tertiary care institution. This workshop focused on two groups: Masters’ degree nursing students and clinical staff mostly from the hospital’s Cardiology Institute.  Over 100 participants attended the training. The material covered included an overview of Boolean search terms, Google vs. Scholar vs PubMed, HINARI and PubMed searching, Evidence-based Medicine resources and How to Read a Scientific Paper. The material was distributed to the participants via access to a Dropbox folder.

The workshop’s environment was not ideal – a large conference room with only a few of the participants having laptops and access to the Internet plus the large number of attendees. Most of the hands-on activities were done as demonstrations with the computer attached to the LCD screen. Also, much of the material was summarized in Vietnamese – by Nguyen, Hai Ha, the Librarian at the Hanoi School of Public Health.   Essentially, she was a co-instructor for several modules as she is very knowledgeable about HINARI and PubMed searching.

This workshop started slowly as we had to deal with the venue and incorporate the translation plus make some decisions on what material to focus on. With the evidence-based medicine module, the intensity and speed of the workshop picked up. This material was new to the participants and clearly of interest to most. We focused on using relevant examples such as aspirin AND acute myocardial infarction. The ‘How to Read a Scientific Paper’ presentation was the final module and also was well received.

A second half-day workshop was at the Hanoi University of Medicine. This briefer workshop focused on information needs for researchers particularly those working in parasitology and related subjects. Almost all the 20+ participants brought laptops to the University’s conference room that had sufficient wifi access. We focused on two areas – HINARI and PubMed searching and Zotero reference management software. The participants were able to complete several hands-on exercises and also download the Zotero software and finish most of the Zotero exercises. One drawback was that some of the participants downloaded the Chrome stand-alone version which the instructor is not as familiar with as the Mozilla/cloud version of Zotero.

In both cases, Ms. Nguyen made contact with the institutions and organized the training activities with the key staff members.   We conclude that the training was useful but could be more beneficial with a lengthier period of instruction. We are making plans to have a series of two day workshops in 2016, for these two different constituencies – clinicians and researchers.