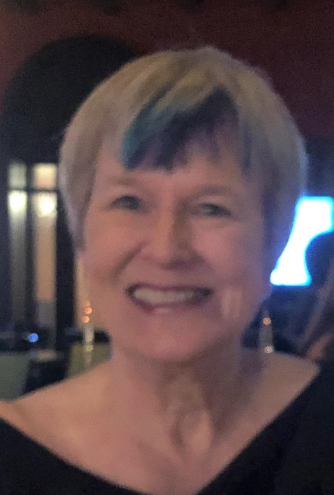 Jane Blumenthal, AHIP, FMLA has been an MLA member for more than 40 years. She has made lasting and significant contributions to the association and the profession of health sciences librarianship.

A true leader, Jane has served MLA as our 2012-2015 president, as a member of the Board of Directors from 2008 to 2011, as the 2014 chair of the Futures Task Force, as MLA Treasurer from 2009-2011, and as chair of the 2010-2011 Joint MLA/AAHSL Legislative Task Force and the 2008 National Program Committee. She has also carried out numerous leadership roles in MLA sections and chapters and on regional medical library advisory councils. Recently, she served as the 2019-2020 Chair of the NLM Board of Regents and as AAHSL’s 2017-2018 President.

Jane is widely recognized for being a champion of change, and a visionary and transformative leader in the field. As MLA President she was instrumental in establishing the Futures Task Force which was charged with creating an action plan for the future of MLA that would enable the organization to continue to be relevant to the membership and to thrive as an association moving forward.

It was important to Jane that the planning process be as inclusive as possible, gathering the perspective of new members, existing members, and potential MLA members. She worked to ensure that planning and decision-making was data driven and made from an informed point of view. Throughout the planning process, information and findings were shared with MLA members through presentations at two MLA Open Forums and a blog where feedback was solicited. Jane’s leadership laid the foundation for the work of future task forces including the Strategic Priorities Task Force, the 2016-17 Rising Stars Cohort and their Mentors, the Communities Strategic Goal Task Force, and the Communities Transition Team.

These groups received MLA’s 2020 President’s Award in recognition of their work which advanced and transformed the fundamental structure of the association, something that hasn’t happened since the 1970s.

One of Jane’s lasting achievements will be her vision for transforming the library of the future. Throughout her career, Jane has worked closely with library leaders and medical educators to re-vision health sciences library spaces to be new models for linking information resources and services to collaborative partnerships for teaching, learning, and research. Ultimately the redesign of library space paves the way for advancing the further integration of the library into the curriculum and expanding the teaching, learning, and research roles of librarians. The library becomes a model for knowledge management, free of physical collection barriers, where the focus is on content, regardless of the media artifact that transmits this information.

Jane’s impact as a mentor to other health sciences librarians is immense. Many of her direct reports have gone on to become health sciences library directors and to serve in other library leadership roles. She helped launch the MLA’s Rising Stars Program, served as a preceptor/ mentor to several NLM Second Year Associate Fellows, and participated as a mentor in the NLM/AAHSL Leadership Fellows Program. Her mentees hold her in the highest esteem.

Jane’s colleagues testify to the impact that her leadership has made in transforming the vision for health sciences librarianship and for the roles for health sciences librarians within MLA and beyond. She has been a transformative leader, a champion of innovative solutions to complex issues, an exemplary mentor, and a contributor to the advancement of MLA in innumerable and long-lasting ways.

The Marcia Noyes award represents the highest professional distinction in recognizing a career that has resulted in lasting and outstanding contributions to medical librarianship. Jane Blumenthal most deservedly belongs in this pantheon, and it is my honor to introduce her as MLA’s 2022 Marcia C. Noyes Award recipient.