MLA and AAHSL Take Our Message to the Hill

The Joint MLA/AAHSL Legislative Task Force met in Washington, DC June 28-29. Here is a recap of the very productive meeting.

Mary Langman, Director, Information Issues and Policy, MLA, did an exceptional job of organizing the meeting and prepping us for the visits on the Hill with our representatives.

Our primary message during the visits with our representatives was to

When talking about the NLM appropriations, we were able to help raise their awareness of NLM’s many valuable information resources and services, including PubMed, PubMed Central, MedlinePlus, Clinical Trials.gov, the National Network of Libraries of Medicine, etc.

We spent Wednesday afternoon prepping and all day Thursday going up and down the halls of the Senate and House buildings holding scheduled meetings with the legislative staff of our senators and representatives. We had four teams of people which was very helpful in that we could help each other in explaining the immense value of NLM to our libraries and communities.  I was very impressed with the legislative staff. These are young professionals who are bright, articulate, and politically savvy.

Below is a nice pic of Teresa Knott (VA), Michelle Kraft (OH), and Barbara Epstein (PA) who were on my team. They are standing by the state flag of South Carolina which is outside Senate Lindsey Graham's office. I had the good fortune to meet one of my senators in person, Senator Tim Scott (R-SC). 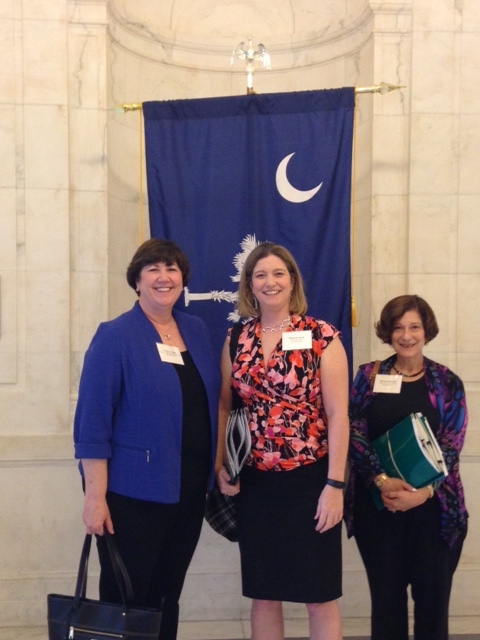 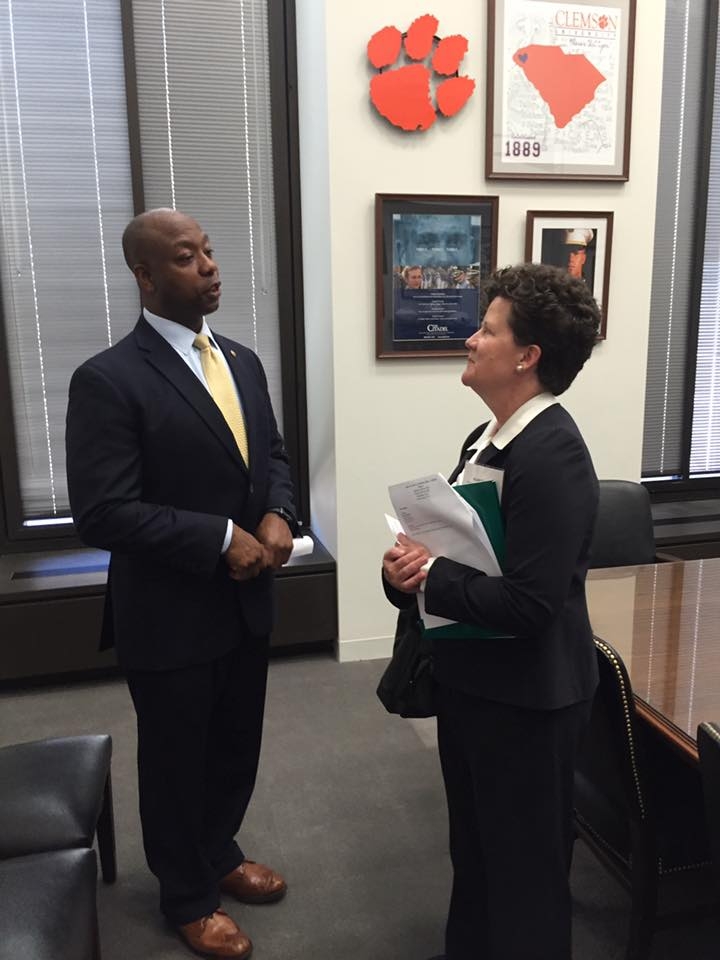 This was my first time doing this and I found it to be fascinating. In fact, it helped reaffirm my faith in our government and gave me some positive energy that I’m hoping will help sustain me over the next few months of the grueling campaign season.

Many thanks to Cynthia Henderson (CA), Chair of the Joint Legislative Task Force, Barbara Epstein (PA) and Julie Schneider (WI) for representing AAHSL at the meeting.  Thank you also to Jerry Perry (AZ), also an AAHSL rep to the task force, who wasn’t able to join us in DC.  Also thanks to our other AAHSL and MLA colleagues who were there as the MLA reps to the task force – Sandra Bandy (GA), Teresa Knott (VA), Michelle Kraft (OH), Cristina Pope (NY), and M.J. Tooey (MD).