Editor’s Note: This article was originally posted in the Public Health/Health Administration (PH/HA) Section’s PH/HA Libraries blog. The MLA News is releasing an updated version of the article under the Full Speed Ahead blog after MLA headquarters received numerous request for access to it so that it has wider distribution.

This blog will discuss the revival of the National Guidelines Clearinghouse and its redevelopment into the ECRI Guidelines Trust.

As most of you know, the US government has been busily pruning the content it offers to the public, including medical and scientific data and information. One of the medical resources removed in 2017 was the National Guidelines Clearinghouse, which was previously funded and maintained by the US Agency for Healthcare Research and Quality (AHRQ). The National Guidelines Clearinghouse was well respected as a single aggregated point of access to medical practice association–developed evidence-based guidelines for medical and health practices and was freely available to all users. As such, it was widely used by public health departments, hospitals, clinic staff, and so on worldwide. It was also commonly recommended as a source for evidence-based practice searching.

In the summer of 2017, the AHRQ’s budget was reduced and support for maintaining and hosting the clearinghouse ceased. Shortly afterward, the nonprofit ECRI Institute promised to work with AHRQ to take up and continue this project. The ECRI Institute became involved because they actually built and maintained the database on ARHQ’s behalf. They were, as their site states, the sole contractor involved for the twenty years or so of its existence as a government utility.

On November 19, ECRI launched a new version of the clearinghouse, now named the ECRI Guidelines Trust. They say of it:

[The] ECRI Guidelines Trust™, an interactive guideline portal, puts current, evidence-based clinical practice guideline summaries directly into the hands of clinicians, researchers, medical librarians, and patients. This publicly available guideline repository was created by the same team that developed and maintained the Agency for Healthcare Research and Quality’s National Guideline Clearinghouse™ for more than 20 years.

The site is easy to use—rather easier than the old one—and is freely available. It does require free registration, like just about everything else. Rather unusually, you can actually chose “medical librarian” as your profession in the registration screen.

After running your initial simple search, you can further refine the results by a number of different filters, including whether it was scored for quality of evidence using their detailed TRUST algorithm. Some listed guidelines are not scored—either they do not meet all standards for inclusion despite respectable sources, or their developers denied permission. It is easy to tell whether they are scored or not, but this might be confusing for people who do not realize that some findable guidelines do not actually meet their standards for full inclusion. It is also very easy to find information about their process and standards—they are very transparent about these—but you do have to know enough to want to look for the information.

The return of this well-used resource is very welcome, but it will be interesting to see what happens with it going forward. The ECRI Institute no longer has whatever limits were imposed by the AHRQ, for good or ill, but also no longer has it as a funding source, and maintaining a database like this one requires a lot of work. They also state in their news release that they are planning near-future upgrades and enhancements, which will also require heavy investment of institutional resources [2]. Earlier this year, they were asking around about whether libraries or others would be willing to pay for this previously free service. Fortunately for us all, they decided against charging.

Users at institutions that can afford to pay large amounts of money often have access to these guidelines through resources like ClinicalKey, but others have to spend a great deal of time and effort seeking them out and evaluating them individually from a wide variety of sources. The clearinghouse’s erstwhile users included many who are unable to pay that sort of subscription fee for something like this, valuable though it is; but the institute will need resources to be able to continue to produce this new version of it as a public service. 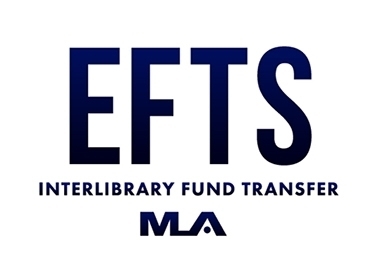 The last day for ILL transactions on UCHC EFTS is June 30 (transaction day). After June 30, DOCLINE will reset the EFTS participant flag to reflect participation in MLA EFTS, and you will no longer be...
Icahn School of Medicine at Mount Sinai Library in COVID-19 Times: Part 2: Transitioning Services, Offerings and Support

The Mount Sinai Libraries team offers education, teaching, and community engagements throughout the year in a variety of workshops, seminars, courses, and on-site wellness activities. As soon as the l...