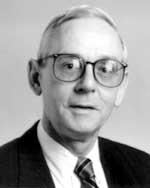 T. (Terrence) Mark Hodges didn’t set out to be a librarian, but like many of us, he fell into the love of organized books. While serving in the British Army, Mark was stationed in Egypt at the Army Education Center in Suez, where he was placed in charge of the library. He returned home to England to start working in the Sheffield Public Library and obtain his library degree. When Hamilton College in upstate New York put out the call for a British librarian, Mark took the offer and moved to the United States.

In 1964 Mark began his long career in health sciences librarianship as a circulation librarian at Harvard Medical Library. Tasked with merging the existing Harvard collection with the Boston Medical Library collection and moving both collections into the new Countway Library of Medicine, Mark set to work. Two years later Mark established Countway as the first Regional Medical Library (RML) in the country while acting as the RML Director.

In 1970, Mark moved to Emory University in Atlanta, Georgia, where he established a new decentralized RML model for the Southeast. Mark left Emory to serve as director of the medical library at Vanderbilt University. He oversaw numerous efforts, including construction of Eskind Biomedical Library in 1994, before retiring in 1995.

Though Mark had a varied and full library career, we remember him today mostly for his outreach and service efforts. Mark believed in the importance of international connections for librarians, a commitment that falls in line with elements of MLA’s mission: building international partnerships and supporting the information needs of underserved individuals. He dedicated himself to international outreach, keeping up with his British roots and making sure he never lost touch. In recognition of this, MLA established the T. Mark Hodges International Service Award in 2007. In 2006, the Southern Chapter of MLA created the T. Mark Hodges Outstanding Service Award to honor a chapter member whose service to the chapter and profession have been exceptional and of lasting importance.

Mark received the MLA Marcia Noyes Award for a career that had resulted in lasting and outstanding contributions to medical librarianship, was made a Fellow of MLA and the (British) Library Association, and was chosen to give the 1997 MLA Janet Doe lecture on the history or philosophy of medical librarianship. Mark was interviewed in 1998 as part of MLA’s Oral History Project. The interview captures Mark’s international activities on behalf of the library profession (read the summary).

T. Mark Hodges passed away in April 2006, still doing the work he loved by volunteering at the public library and remaining an active member of the Vanderbilt History of Medicine Society.

Socially responsible investment is one of the objectives of MLA’s overall strategy on diversity, equity and inclusion. We now have an investment policy that includes objectives in community, emp...
EFTS Custom Pricing Groups Now Launched

Lending libraries who have to apply special pricing to one or more libraries, and that cannot do this via a DOCLINE group, can now create a custom pricing group with an associated ILL pricing table. T...
EFTS Unbilled Transactions Announcement

Starting June 29, 2021, any unbilled transaction 180 days or older will be set to a $0 price and system approved. As a result, those transactions will appear in the "paid" tab for both the l...