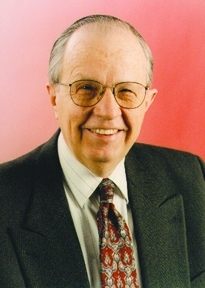 Kent A. Smith, FMLA, grew up in Nashua, New Hampshire. He received his BA in mathematics and economics from Hobart and William Smith Colleges and an MA from the Johnson Graduate School of Management at Cornell University. His interest in pursuing a career in federal service was encouraged by advisors at Cornell whose connections led to a position in the Office of the Secretary of the Department of Health, Education, and Welfare in 1962.

Smith arrived at the National Institutes of Health in 1965 and became the youngest executive officer at NIH in the Division of Research Resources. He joined the staff of the National Library of Medicine in 1971 and served as NLM's deputy director from 1979 until his retirement in 2004. Since 2004, Smith has been a management consultant with the National Center for Biotechnology Information (NCBI).

Although not a librarian by profession, Smith made sweeping contributions to the field of health sciences librarianship during a period of significant change in information technology. As principal operating officer of NLM, he had major responsibility for program development, policy formulation, direction, and coordination of all library activities. During his tenure, the National Network of Libraries of Medicine was expanded and strengthened. He led the transition of NLM computer systems from the mainframe ELHILL system to Entrez.

[T]he reinvention of information systems here at the library…was tied in with the reinvention lab [under the National Performance Review]… We had this big event on the Hill with Vice President Gore and Senators Specter and Harkin. So we got both parties and the vice president involved with this new, free, open access system.

He oversaw the complex, multifaceted planning efforts for a third library building on the NIH campus.

His knowledge and instincts for the legislative process resulted in effective collaboration with House and Senate members to craft the legislation creating NCBI.

[W]e saw Claude Pepper, who was a great, great help in setting up the center… [He] asked that we develop a statement, so that he could…explain biotechnology to congressmen at a fifth grade level… [H]e said, “This has got the makings of a great piece of legislation. Now we need to put it into a bill.” He pressed a button and in about fifteen or twenty people came into the room, and he assigned everyone…a responsibility…

Smith also worked with Congress to expand NLM’s mission to include consumer health information. On the occasion of his retirement in 2004, Senator Tom Harkin inserted the following into the Congressional Record:

Mr. Smith provided invaluable support to members of the House and Senate, and their staff, in developing the legislation that created [NCBI]. He has also been closely associated with the amazingly successful entry of the National Library of Medicine into the world of web-based consumer health information relied on by millions of Americans. His skill at managing people and budgets has allowed the Library to move beyond its traditional emphasis on serving exclusively scientists and health professionals.

Smith’s sense of humor and talent for public speaking were other gifts that enhanced his strong leadership of not only NLM, but organizations including CENDI, the National Federation of Abstracting and Indexing Services, and the International Council for Scientific and Technical Information—engagements that had great impact on the development of federal information policies.

Smith first made the acquaintance of medical librarians at the annual meeting of the Medical Library Association in Hawaii in 1979, the beginning of a long-standing and valued relationship.

I felt that one thing MLA could do was what they had done in the past…they had the Janet Does of the world and Mary Louise Marshall…out there testifying on the Hill… MLA was, in my view, underestimating what they could possibly do... [T]hey did a pretty good job over the years of…going up there and advocating, not only for NLM, but advocating the role of medical libraries in the country.

He received the MLA President’s Award in 1997 and was honored as an MLA Fellow in 2005. He presented the Joseph Leiter NLM/MLA Lecture in 2007, “Laws, Leaders, and Legends of the Modern National Library of Medicine.” He sponsors the Carla J. Funk Governmental Relations Award, established in 2008.