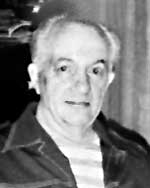 Frank Bradway Rogers was the first permanent Director of the Army Medical Library. He also served as the Director of the University of Colorado Medical Center Library at Denver from 1963 through 1975. He received the Marcia C. Noyes award in 1961, the US Public Health Service Distinguished Service Medal in 1964, and delivered the Janet Doe lecture in 1968. As the head of the leading health sciences library for over twenty years, he had to make many difficult decisions during his administration, and says “that's what a manager is for...to make those difficult judgments and not just cop out on the ones that are tough.”

As a surgical resident at Walter Reed Army Hospital, Brad was offered the position of head of the Army Medical Library: “I had thought of [a career in] the AML...it was something I had dreamed of.” He subsequently received a library degree from Columbia, although he feels strongly that a physician should be head of the National Library of Medicine and “takes a very dim view of the intellectual level generally of library schools.”

His tenure at the library, 1949 - 1963, was one of major changes and “every time we changed things, we'd get a flurry of comments...you could count on half of them being against it.” The changes included instituting a new classification system, integrating the Historical Division into the library structure, closing of the Index Catalogue, development of computerized indexing and retrieval projects culminating in MEDLARS, planning and construction of a new building, and a major organizational change from the Army Medical Library to the Armed Forces Library to the National Library of Medicine as part of the Public Health Service and the National Institutes of Health.

The beginning of the mechanization and computerization project involved “all sorts of crises and I think they're described pretty well in [the “Report on the Index Mechanization Project,” Texas Reports in Biology and Medicine 1950]...I haven't read a report since that is as frank...after the fact so many things look simple, whereas before the fact they're actually as difficult as the devil.”

The new building involved intense planning and even choice of a site (Chicago, Washington DC, or Bethesda, MD) had political implications. “The underground stacks...[and] the paraboloid roof is connected with protection of the collection ...in case of nuclear blast....” The building was dedicated, before it was finished, in 1961 and “on the whole, however, I believe we got a great building.” He may be most proud of the entryway with “incised portraits...that memorialized Billings and Fletcher and Garrison...[that artist Paul] Jennewein executed beautifully...everyone needs not one but a few people to look up to.”

Brad was a member of the Medical Library Association when it was still a small organization and says that today “everything has the curse of bigness about it.” He served on the Board and later as President: “it was a mad mad year...and I doubt that the Medical Library Association received particular benefit from my presidency.” He also served as president of the American Association for the History of Medicine and organized and presided over the 2nd International Congress of Medical Librarianship. He has strong words for the profession: “medical librarians haven't paid the attention to ...many real problems...we have spent the last decade concerning ourselves with unreal problems...they are whoring after false gods...too concerned with nonproblems [and] too concerned with trying to look good instead of being good.”