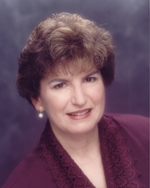 Frieda O. Weise, FMLA, graduated from library school at the University of Michigan in 1973, after teaching social studies in a junior high school on Long Island for about six years. She developed an interest in government documents librarianship, which was a foundation for her early career and professional contributions in documents and health statistics, while her later focus expanded to administration, electronic services, planning library buildings, merging libraries and computing, strategic planning, integrated advanced information management systems (IAIMS), and expanded roles for librarians. She worked at three institutions—the University of Illinois at Chicago, the National Library of Medicine, and the University of Maryland at Baltimore—returning for second stints at the two universities to lead the libraries.

In 1976 she was appointed documents librarian at NLM, where she subsequently advanced in positions in the Reference Section to become assistant head before she left in 1983.

[NLM] was sort of the mecca for medical librarians . . . I discovered quickly that reference was not really the star, that it was technical services. The cataloging copy was important to all medical libraries and the online systems and the technology-based services. This was very different from when I was at U of I, where public services was the star and tech services was in the background.

During her first stay at UMAB (1983–1989), she was assistant director for public services and deputy director under Cyril Feng, where the library was “advanced for the time” in technology and the campus received one of the first IAIMS grants. “I was very proud of . . . starting the information management education program and doing a lot of outreach on the campus.”

She then returned to the University of Illinois at Chicago (1989–1991) as director of the Library of the Health Sciences and the Regional Medical Library. There she was challenged to take back some of the autonomy lost when the library began reporting to the academic library at the Circle Campus and to initiate MEDLINE projects.

Her final position was back at UMAB (1991–2003) as executive director of the Health Sciences and Human Services Library and the Regional Medical Library. Here the library worked with academic and administrative computing because of the university organizational structure, strategic planning, and sharing the new library building. “Trying to integrate the cultures of administrative computing, academic computing, and the library was just a challenge.”

I think you just have to set your goal and go for it. You can’t . . . just be continually reacting. Sometimes you do know better, many times, so you just have to forge ahead. I think one advantage we had at Maryland was being part of the computing. We did have a lot of contact with all the other computing divisions . . . so that when we introduced a new online service, we had a good relationship to get things going.

She was involved in planning and building a new library building, “an excellent example of a well-functioning building.” She was also proud of her management style and “liked to do things in teams,” which worked well and fostered inclusion.

Throughout her career, she published and presented widely in her areas of expertise. Weise was initially involved in the Medical Library Association through the group that became the Public Health/Health Administration Section. Winifred Sewall encouraged her to publish Health Statistics: A Guide to Information Sources. Weise developed or revised and taught MLA continuing education courses in government documents and health statistics.

[T]he organization of where these statistics come from and the types of things that are collected are still pretty much the same. It’s still very difficult to get certain kinds of things, especially timely information and especially for chronic diseases

Weise was president of MLA in 1999/2000, after serving another term earlier on the Board of Directors, from 1988 to 1991, when she was treasurer during a dues increase vote.

One of the things I enjoyed most [as president] was going to the chapter meetings. You did get to see what other chapters were like and what they were doing and get a lot of input. It was fascinating. Every chapter was so different.

Her presidency was notable for a research agenda and studies on compensation and skills for professionals in information technology roles and on the value of the library.

She chaired the National Program Committee for the centennial 1998 annual meeting. “The NPC was a four-year process because we wanted to make it special.” She was also chair of the Public Services Section. She chaired one Nominating Committee and was elected to two others. She was named a Fellow in 2003. She was awarded the Ida and George Eliot Prize in 2003 for coauthoring with the Hay Group a report of the information technology compensation study.

I always felt that [MLA] was a great boost to my career . . . [T]he networking itself is so important. I think it was important to the institutions where I worked too. They like to see their leadership going out and doing things . . . MLA can help you a lot in terms of developing your own style and leadership abilities. You just need to take advantage of it.

She was MLA’s Janet Doe lecturer in 2003, choosing as her topic “Being There: The Library as Place.” With her experience in planning the new library building at UMAB, she focused in her lecture on the role of buildings in the electronic age and how buildings can promote the values of librarianship.

[A]round that time there was so much discussion about whether libraries would cease to exist as places because everything would be electronic. Since we had just finished building this big building and had tried to build into it various kinds of spaces that people could use for different activities, I thought it might be a topic that people would be interested in . . . What I was trying to show was that the building itself can promote the values of librarianship. Our values concerning access and confidentiality, speed of access, all those things we think are important, can somehow come out in the structure that you are in.