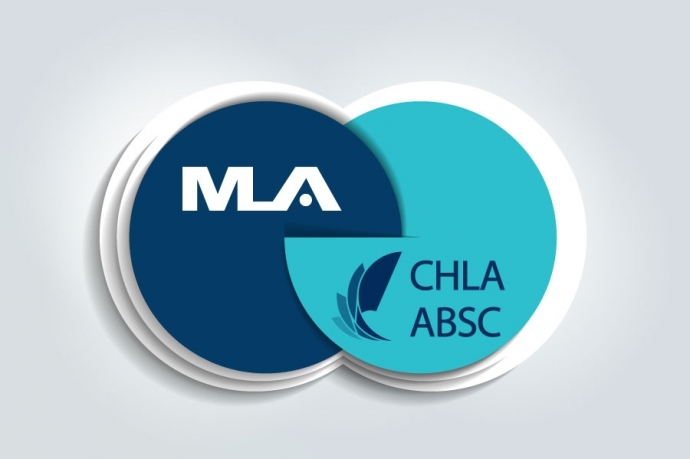 The Canadian Health Libraries Association/Association des bibliothèques de la santé du Canada (CHLA/ABSC) and Medical Library Association (MLA) have a long history of shared values and joint initiatives, deeply rooted in our respective missions, values, diversity, openness, and transparency. We unite in our commitment to transcend borders and support an open and transparent environment of international cooperation that allows us to freely share health sciences information and professional collegiality in person and virtually.

History has an unfortunate habit of repeating itself. In her February 14, 2017, New York Times op-ed piece, Wendy Palen, associate professor of biology at Simon Fraser University, and the board chair of the nonprofit Evidence for Democracy, reminds us of the time When Canadian Scientists Were Muzzled by Their Government. Palen paints a chilling picture of the dark times that Canadians experienced ten years ago under Prime Minister Stephen Harper.

When the Canadian scientific community experienced government efforts to censor the sharing of scientific information, to close research libraries, and to destroy environmental historical data and reports, Canadian scientists and librarians forged a bond to take on the establishment, speaking up and speaking out. Their successful efforts helped overturn the Canadian government’s anti-science agenda.

Ten years later in the United States, we have legitimate concerns about an assault on open science and full access to research under the current administration. US librarians can learn a great deal from their Canadian colleagues. More than ever, we need to remain united, between our two countries and with other nations that value open communication and the free flow of scientific discourse.

The Association of College and Research Libraries (ACRL) Framework for Information Literacy for Higher Education refers to “scholarship as communication.” The very nature of information or research is iterative and its value is defined through discourse, dissemination, and debate. In light of current political uncertainty and its effect on our professional activities, MLA and CHLA/ABSC extend support to all our members and encourage continued participation—in person or virtually—in conferences, annual meetings, and other collaborations.

Your association is your advocate. We invite you to share any concerns you may have with your association’s leadership so that we may advocate on your behalf as appropriate. We look forward to participating as part of an international movement to protect the integrity of research, scholarship, and the freedom of information.

Socially responsible investment is one of the objectives of MLA’s overall strategy on diversity, equity and inclusion. We now have an investment policy that includes objectives in community, emp...
EFTS Custom Pricing Groups Now Launched

Lending libraries who have to apply special pricing to one or more libraries, and that cannot do this via a DOCLINE group, can now create a custom pricing group with an associated ILL pricing table. T...
EFTS Unbilled Transactions Announcement

Starting June 29, 2021, any unbilled transaction 180 days or older will be set to a $0 price and system approved. As a result, those transactions will appear in the "paid" tab for both the l...