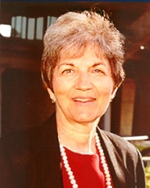 Phyllis S. Mirsky, AHIP, FMLA, graduated from the library school of the University of Michigan in 1965 after a brief period working in social welfare and public libraries. Her interest in people was a cornerstone throughout her career and helped to determine many of the issues she pursued in her work settings and as a leader in the Medical Library Association (MLA).

Mirsky held several positions at the University of California–Los Angeles (UCLA) Biomedical Library during 1965–1979, including associate director of the Pacific Southwest Regional Medical Library. She was head of the reference section at the National Library of Medicine from 1979–1981. She occupied various positions at the University of California–San Diego Libraries from 1981 until her retirement in 2005, including deputy university librarian and acting university librarian on three occasions. While employed at these three prestigious institutions, her professional responsibilities focused on consulting for hospital libraries, reference services, collection development, personnel management, education and training, facilities projects, and managing the modification of library services to take best advantage of emerging technologies. She also served as a guest lecturer for three different library schools.

Mirsky was president of MLA from 1984–1985, after serving on the Board of Directors from 1977–1980. She was involved in the professionalism of MLA headquarters that allowed the association to pursue its mission with much broader participation across the membership, addressing “the dichotomy between hospital libraries and academic libraries and how the association could serve its disparate membership.” She also tried to “broaden the view of the health sciences libraries…to their role in the greater organization” and to conduct planning on an ongoing basis.

In addition, she contributed to key MLA committees and task forces, including the Continuing Education Committee, Knowledge and Skills Task Force, and three times as a member of the Nominating Committee. She chaired the Study Group on the MLA’s Role in the Educational Process for Health Science Librarians, which resulted in the seminal Mirsky Report in 1981. She also served as president of the Medical Library Group of Southern California and Arizona.

Mirsky’s career spanned a remarkable period of innovation and change in the field of librarianship.

Joining the profession in 1965…was just at the beginning of change. In health sciences libraries, it was the heyday of federal funding…and technology and outreach to physicians, all of which provided a lot of churning…As my career progressed, I went to the National Library of Medicine at a time in which it was developing its national role. The Lister Hill National Center for Biomedical Communications was developing an online catalog there, just as I was leaving UCLA, which was developing the MELVYL catalog…Then I moved back to California and the University of California, San Diego, after the development of the master plan…It permitted me to work at only three institutions in those forty years…[and] not have the same job…What you did was different, and how you did it was different.

She played key roles in guiding the thinking behind library facilities and services as librarians responded to automation products, demands for services, a changing health care environment, and opportunities for cooperation and collaboration. Although she moved from medical to university libraries, she maintained her ties to medical libraries and improved the mutual understanding of librarians across various professional boundaries.

When working in broader roles, I was able to convince my bosses that health sciences libraries, in terms of services, are always a step ahead in incorporating technology, in dealing with clientele, in knowing how to do outreach, so that I felt that it was not unreasonable for me to remain a part of the health sciences community and the Medical Library Association.

She made repeated contributions to the dialogue about the essential education, knowledge, and skills required for tomorrow’s information professionals. “How can we help the library schools know what it is that we want from their graduates if we can’t tell them what [knowledge and skills] we want?”

Mirsky’s profound recognition of the importance of people led her to invest in those who worked with and for her, both at her home institution and wherever she collaborated with others. Her insightful approach to problem solving and her interpersonal skills facilitated successful accomplishments in partnership with a wide range of individuals and allowed her to function as a leader whom people were delighted to follow and support.