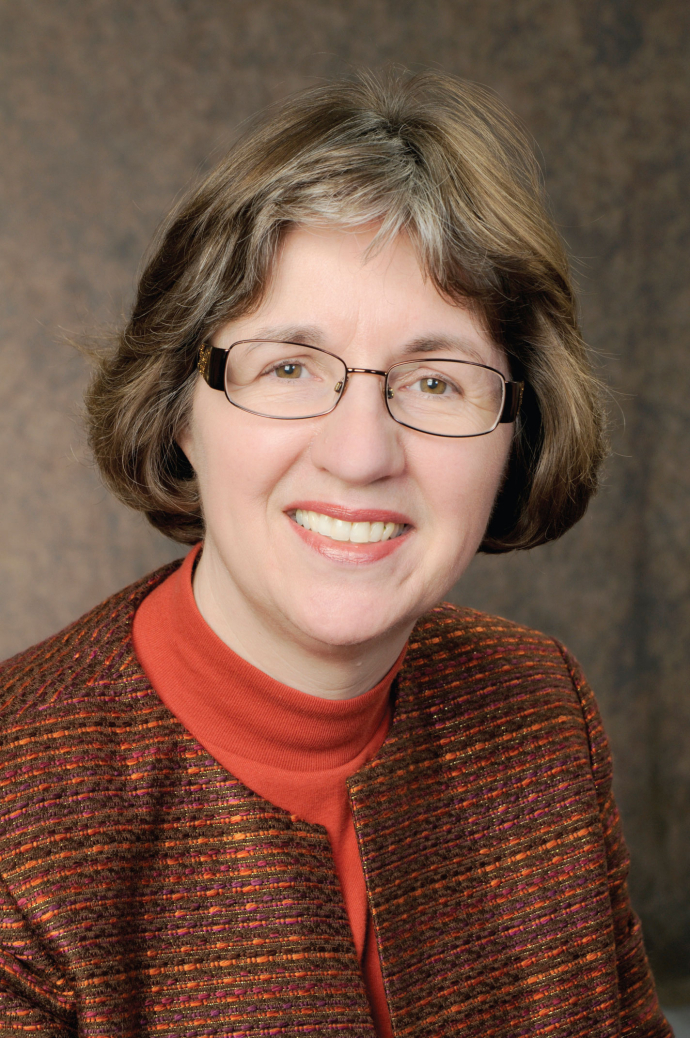 Ruth Holst, AHIP, FMLA, spent thirty-two years directing the library at Columbia Hospital in Milwaukee. She subsequently applied her knowledge of hospital libraries and the region as associate director of the Greater Midwest Region of the National Network of Libraries of Medicine based at the University of Illinois at Chicago. She represented hospital libraries in the Midwest and as a leading voice in the Medical Library Association.

Holst entered librarianship through her hiring at Columbia Hospital and soon earned her master’s degree at University of Wisconsin-Milwaukee while employed. During a period of professionalization of hospital libraries, she oversaw the library’s unique reprint collection, the incorporation of technology, participation in medical grand rounds, and relationships with physicians and other health professionals.

When I first started at Columbia, the library was called the Medical Staff Library. I worked very hard to get the word ‘staff’ out of there so that I could get nurses and pharmacists and physical therapists and other people into the library to use it. Because it was too much because of the reprint collection and other reasons, a doctor in charge, it was considered to be for the doctors. I did work very hard to get that changed…

The hospital encouraged the participation of its managers in areas outside their own expertise, and Holst served as core services director for women’s health and coordinator for the clinical pathway teams. “The thing I liked about Columbia Hospital was that they had this idea of let’s get people involved and let’s stretch them outside of the departments that they’re working in.” She also taught graduate courses at the UWM library school for nine years.

Holst describes herself as a joiner. “I used to call myself a group process junkie. I always joined every organization that was out there.” She became involved in state and regional library organizations and was a founding member of Wisconsin health sciences library groups, developing relationships with key library figures and expertise in consortia and interlibrary loan.

We formed the Southeastern Wisconsin Health Science Library Consortium with seventeen members—I was a founding member—in 1974. We basically went from zero interlibrary loan traffic to 13,000 interlibrary loan transactions [annually] within the first seven years. I can still remember because I was a numbers person. I was the one who was like, “Let’s count this. Let’s make a list of who’s borrowing how many.” And we started keeping statistics on this because it really was the focus of getting a consortium started.

She represented hospital libraries in the administrative structure of the Midwest Health Science Library Network of the Regional Medical Library Program.

She joined the Hospital Library Section of the Medical Library Association and advocated for the involvement of hospital librarians at the association level.

She served on the Section Council and two terms on the Board of Directors. She led initiatives on expert searching and on disaster information preparedness in MLA and the National Library of Medicine. She was the first hospital librarian to present the Janet Doe Lecture in 1990, and she was MLA president in 2010/11.

I do have one recollection of attending that first meeting in San Antonio and standing in the back of a big auditorium and…I do remember seeing Sarah [Brown] from the back of the room and thinking, wow, look at that, I wonder if I could ever be president of an organization like this, and then sort of thinking, ahh, probably not [laughter]… But I gradually got more and more involved.

Holst made lasting contributions to the hospital library literature, including as associate editor of Hospital Library Management (1983) and editor of its successor volume, The Medical Library Association Guide to Managing Health Care Libraries (2000).

I have a very tight writing style. I don’t add a lot of extra verbiage. And I’m fairly good at taking a topic and writing it in a way that everybody understands what it is…

I learned to be an editor during that nine years that I worked on that book. I wasn’t an editor when I started. I wasn’t good at it. That’s why it took me so long. But by the time I was done, later I would say I was a fairly decent editor and could edit and helped other people with editing… I learned on the job. Thank goodness we put it together.

When Columbia Hospital merged with another hospital, Holst made the decision to move to Chicago and the National Network of Libraries of Medicine in 2002. She increased emphasis on hospital libraries in the region, established a peer review process, initiated continuing education courses, modified the Advisory Council, and successfully renewed the RML contract twice. She retired in 2014.

Holst was included in the “100 Most Notables” in the MLA centennial celebration in 1998 and named a Fellow in 2002. In a range of settings, she is acknowledged for her advocacy for hospital libraries and hospital librarians.