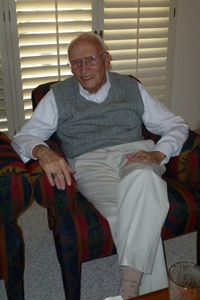 Thomas D. Higdon, AHIP, FMLA, is noted for his role in building medical library collections in the Southwest. He worked in health sciences libraries in California, Arizona, and Texas, including several where new medical schools were being established. He was one of the first faculty members hired at the University of Arizona College of Medicine, where he later was library director. His experience and expertise in cataloging positions from the late 1950s through the 1970s led to contributions to the Medical Library Association and the National Library of Medicine.

Higdon grew up primarily in Walters, Oklahoma. He attended the University of Oklahoma before and after the Korean War—when he served as an Air Force instructor for four years—graduating in 1957. He began library school at Oklahoma, but transferred to the School of Library Service at Columbia University at the suggestion of a visiting faculty member. There he studied under Maurice Tauber and with Thomas Fleming at the College of Physicians and Surgeons, receiving his MSLS in 1958.

Higdon and his Columbia University classmate, David Bishop, were recruited upon graduation to the Los Angeles County Medical Association Library, where patrons included physicians to Hollywood stars. Higdon shortly became head of cataloging and eventually head of technical services. In 1960, he began working at the University of California, Los Angeles, Biomedical Library under Louise Darling, and held the position of assistant head of cataloging from 1961-1964. In 1965, he was recruited by David Bishop to become the head catalog librarian and help found the College of Medicine Library at the University of Arizona.

[W]e needed the two years to build the collection for the first students in ’67, so we had to start two years early… [T]he hospital librarians in Arizona were wonderful to help us too. Because they struggled for any space, and yet they still collected backfiles for the medical school… [P]lus physicians all over the state, especially in Tucson, contributed backfiles of old journals when we were first starting. But that was still just a fraction of what we needed. And we had to then start purchasing backfiles from different sources… We had space, we had five Quonset huts, and two of them were really used for storage… We moved downtown…to the old Social Security Building… [T]hat’s where we finally had room to breathe and we could actually have stacks to put our materials on… [W]e were there until 1967, when they opened the building. Unfortunately, they opened in July, I think it was…and the air conditioning went out almost immediately. And you could not exist in the middle of summer in the desert in that building, so we just had to wait until that all was resolved and then we moved into the building. And we were ready when the first class started in the fall of ’67. We had a collection…of about 20,000 volumes or close to it… I think we had one of the best collections of any early medical school in those days. There were so many medical schools that started about this time…and I think we had one of the best starting collections of any new medical school.

In 1970, Higdon was appointed field librarian, and his first assignment was to visit every medical library in Arizona to inform them of the services and collections the new library could provide.

I don’t know how many thousands of miles I did put on the state car…because…I visited every single hospital that was there…I went to all of the Public Health [Service] libraries on the reservations, the Navajo, the Hopi, all of them. Then in the west, all the way up the Colorado River. But, that was a fascinating experience really. And we were trying to tell them that we were here for them… We could also find out what was available, but we wanted them to know that we were here, that we could do anything for them, what our resources could provide. That was the main purpose of the whole thing, just to let them know. It worked too… And, in some cases, it helped them get some kind of basic collection started.

From 1971-1972, he assisted in the establishment of the Texas Tech University School of Medicine Library in Lubbock, working closely with another MLA notable, Helen Crawford. In 1972, Sam Hitt recruited Higdon to the head of cataloging position to merge and reclassify collections for the new Houston Academy of Medicine-Texas Medical Center Library.

Higdon returned to the University of Arizona Health Sciences Center Library in 1975 as head of processing services and was appointed librarian in 1977. During his tenure as director through 1990, he implemented use of OCLC and the first online catalog at the University of Arizona, established state-of-the-art audiovisual services, provided outstanding outreach services to Arizona’s hospital libraries, planned the new library building, and created and taught a medical literature course for the library school.

[F]rom the very beginning, we realized the importance of our library to the state of Arizona, and how we were the main resource and that we were willing to share as much as we could…  I think getting it all organized was the important thing and I hope that’s made it to fruition now.

Higdon was active in the Medical Library Group of Southern California and Arizona and the Arizona Library Association. His proudest accomplishment for MLA was helping lead the 1979 Annual Meeting (Hawaii) Committee. He also served on the Committee on Bibliographic Projects and Problems, the MLA/NLM Task Force on the Impact of MEDLARS II on Cataloging and Classification in Medical Libraries, the Program and Convention Committee, and the MLA Nominating Committee. He co-authored articles on advances in medical bibliographic control. MLA recognized him as a Fellow in 1991.