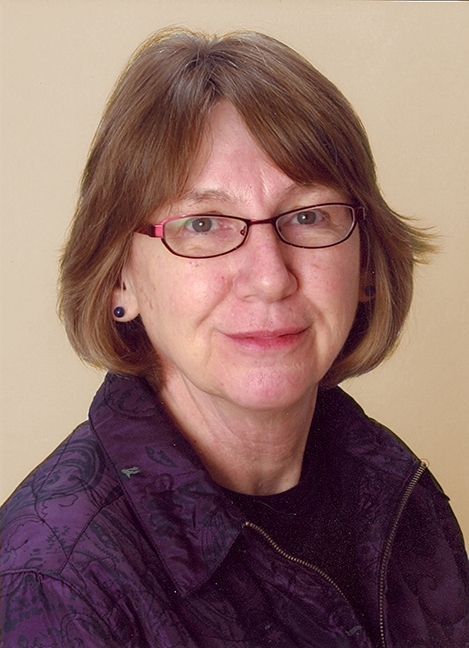 Connie Schardt, AHIP, FMLA, is recognized by librarians nationally and internationally for her courses in evidence-based medicine (EBM). As a hospital librarian, she worked through networks to bring library services to rural areas; in the academic library setting, she extended the role of the library and cultivated new relationships in the medical center.

An internship during library school in a Veterans Administration medical center introduced Schardt to medical librarianship and the value of cooperative networks. Influenced by this experience, she spent the first eleven years of her career with the Idaho Health Libraries Network as part of the state library, developing health information services throughout a state with no medical school and hospitals without professional librarians.

It gave me…the confidence to go out, to look and assess the situation, and figure out what service, what I can do to help this particular institution, as opposed to thinking, well, this is the way it’s done and you’re going to do it this way… I learned that you’ve got to assess every situation differently, because we dealt with so many different communities and different types of hospitals and different types of administrators.

She moved to North Carolina to direct another information network covering a seventeen-county area of the Northwest AHEC and to manage a community hospital library. To focus on her growing connection to teaching, she accepted a position in education at the Duke University Medical Center Library, where she stayed from 1997 to her retirement in 2013. There she became involved in instruction in the Medical Center, participating in morning reports, teaching EBM to clinicians, and collaborating on research with hospital residents.

I’m not sure if the library does it, but if you want me to, I’ll find a way to get there. And as it turned out, the library was very supportive…and it just snowballed. And it was very good for the medical library… [T]his really put us into the mainstream of at least medical house staff education.

Schardt began her engagement with professional associations in the Pacific Northwest Chapter of the Medical Library Association. She chaired both it and the Mid-Atlantic Chapter.

I began to see the value of getting into a group…that’s going to be able to help you, give you advice and support... What was so great about this chapter was that these folks were in the same situation that I was in, but obviously in different communities and larger hospitals, but everybody was so willing to talk and share… And the chapter meeting was good, because it was small enough that you began to see people every year. In fact, my oldest and dearest friends are still the people that I met in the Pacific Northwest Chapter.

Through MLA’s Hospital Libraries Section, she led the 1994 revision of the hospital library standards and became known for her publishing and teaching on the relation of the standards to the Joint Commission on Accreditation of Healthcare Organizations standards.

I began to do classes on how to interpret the standards to the advantage of the library and not to focus strictly on the library—again, thinking about the expanding role of the hospital library, and that we don’t stay in our little tunnel; we go out and we find the work that we need to do.

She chaired the task force to build MLA’s Center for Research and Education (CORE) and was elected to the Board of Directors. As MLA president in 2009/10, she introduced the Rising Stars program to foster association leaders and focused on the training and qualifications of medical librarians.

Her instruction in EBM for clinicians led to the involvement of librarians and teaching librarians. She taught an MLA continuing education course at chapter meetings on the topic and helped develop a workshop offered at Dartmouth and in Denver. Based on this work, she and others undertook a hybrid online academic course on EBM and the medical librarian, taught both for students at the University of North Carolina at Chapel Hill School of Information and Library Science (SILS) and for MLA CE credit. Schardt has continued to teach the course as an adjunct faculty member at SILS, a position she has held since 2001.

[T]his course has been offered twice a year every year for the last twenty years and fills mainly on a waiting list… I’m just amazed at how popular the course is. I think part of its popularity is because it’s distance ed. It’s also a very intensive course… [I]t’s a very one-on-one type of course, even though it’s distance ed.

Schardt received the Lucretia W. McClure Excellence in Education Award from MLA and the Outstanding Service Award from the Duke Department of Internal Medicine. She was also honored with the MLA President’s Award and is a Fellow.

MLA was vitally important to me as a new librarian. It gave me a network. It gave me an avenue to develop skills… [I]t was invaluable as I was developing my career. And of course, as I got more experience…then as a platform for teaching and as a source for teaching. I’m not sure that MLA has that same value to new librarians… I question what role MLA has for new up-and-coming librarians. I think that’s something that MLA probably needs to struggle with now. And hopefully they’ve come up with some ways to make sure that they’re providing the services and support that new medical librarians need.

As the Duke Medical Center Library said on her retirement, “Talk with virtually any librarian in the health sciences and they will be familiar with Connie’s work, many having taken one of her numerous in-person CE courses or her online class.”