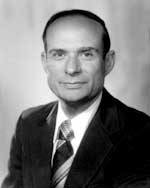 The reality of no full-time music librarian positions (in spite of 25,000 advertised librarian vacancies at the time) tipped the scales in favor of medical librarianship. He was successful in obtaining a position in the reference department of the New York Academy of Medicine. A few year later, the director of the main libraries of New York University - a classics professor - was asked to find a medical librarian. "I knew about the vacancy because Claude Heaton, who was a graduate of the class of 1921 at NYU School of Medicine and very active on the faculty there, was also one of my favorite readers at the New York Academy of Medicine. He told me about the upcoming vacancy...It was understood, though, at that time that I would be responsible to the Dean of the Medical School. Dr. Sheehan was quite emphatic about that." This reporting structure to the School of Medicine allowed for self-governance for the medical library and included faculty status for its librarians.

His attention in the early years was spent on rectifying long-standing problems: haphazard cataloging, an unclassified collection, lack of staff productivity and accountability, and collection gaps dating back to the Depression. Eventually, Gil achieved a solid reputation and position for the library within the medical school. "The library is considered an academic department; I am considered the department head. I'm on the Council of Departmental Chairmen. I take an active part in commencement. I don't know whether it's an honor or not, but I am the one that hands the diplomas to the Dean." When a visiting scholar wrote a letter to the Dean praising NYU as the best biomedical library, "...the Dean was so enthusiastic that he had copies made for the Faculty Council, the Student Council, and the Council of Departmental Chairmen. Most of the comments from the faculty were, well, they were used to it and they didn't think it was anything unusual."

Looking back, Gil was clearly struck by the changes brought about by technology and persisting difficulties in recruitment. He was emphatic in his belief that coursework in medical librarianship is the best preparation and skeptical about the validity of the certification examination. In discussing the effect of the government on medical libraries, he not only mentioned the Medical Library Assistance Act which enlarged collections and supported document delivery activities, but the benefits that accrue to the library from the research grants awarded to the school. "We get some of the overhead. But my budget has not been cut back; it has been increased every year. I feel very fortunate because the Dean, at the Departmental Chairmen meetings will say 'Now, I'm having to call you in because we've got to cut the budget.' And I'm always relieved that my name is not on his calendar to be called back in." In looking ahead, he freely admitted his conservative streak and was guarded about developments such as Integrated Advanced Information Management System (IAIMS), the Association of Academic Health Sciences Library Directors (AAHSLD), and electronic journals.

Gil served on innumerable committees of the Medical Library Association and on the Board of Directors. He served as President in 1977-78. He made substantial contributions on the Exchange Committee. "At that time we had a paid Exchange manager by the name of Mildred Naylor...people would send out their list of material that they wanted to put on Exchange, she would publish it, and then the library would send their requests in and she would assign the material." When Mildred left, "I was chairman of the Exchange Committee...and I volunteered to take over the Exchange until they could work out something better...I did it in my living room practically every night. And I got to know something about medical librarians; I found out that some medical librarians didn't have any common sense, that they would ask for everything...So I decided that one of the things that we had to do is that we had to stop this assigning; so I devised the quick clearance--you wrote directly to that library." When asked to comment on changes in the Association, he pointed to the increase in size, the reliance on outside speakers for the annual meeting programs, the replacement of a single slate nomination with a double ballot, the establishment of a headquarters, and an enhanced image for the profession that resulted from a focus on standards.