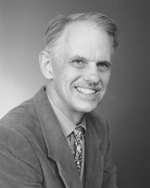 David C. Anderson earned a bachelor’s degree in liberal arts in 1952 from the University of California–Berkley, followed in 1953 by a bachelor’s of librarianship. His military service was spent with the Special Category Engineers Army With Airforce (SCARWAF), an army engineer battalion on the Stephenville Air Force Base in Newfoundland. His first permanent library position was with the California State Office of Local Planning from 1957–1962. In 1962, he became serials cataloger at the University of California–Davis, and, in 1969, he was made head of the health sciences cataloging pool. From 1971–1991, he was the head of technical services at the Loren D. Carlson Health Sciences Library. His major contributions included “successfully decentralizing the technical services for the Health Sciences Library and converting to machine-readable data so that we had a computer-ready catalog” and being a leader on campus in the use of OCLC cataloging records.

David was active in the Medical Library Association Veterinary Medical Libraries Section from its beginning and served as section chair in 1988–1989. He wrote a series on journal price increases in the “Basic List of Veterinary Medical Serials,” published in Serials Librarian from 1986–1992. His leadership in publishing two editions of a union list of veterinary serials (he was chair of the Union List Committee when the second edition was published in 1987–1988) fostered cooperative resource sharing among veterinary medical libraries. He was also chair of the MLA Publishing and Information Industries Relations Committee.

David is recognized as an expert on resources of the human-animal relationship. After his early retirement in 1991, David devoted more attention to his “second career.” From 1992–1998, he worked part-time as information specialist at the University of California Center for Animal Alternatives in the School of Veterinary Medicine, University of California–Davis. In 1989, he founded RockyDell Resources, a publishing firm with the goal of making the literature of the human-animal relationship accessible, which produced a bibliographic journal purchased by the American Veterinary Medical Association in 2000. “I ended up thinking of myself more as a bibliographer than as a librarian, especially since I have retired.” He was active in a number of national and international organizations dealing with the human-companion animal bond, animal-assisted therapy, animal testing alternatives, and human-animal interactions. He contributed a bibliographic column to the newsletter of the International Society for Anthrozoology from 2001–2008 and was honored by them for his “pioneering use of bibliographic resources to advance research in the field of human-animal interactions.” He published a compendium of measurement instruments used in research assessing the human-companion animal bond, as well as guides to pet loss resources, doctoral dissertations in human-animal studies, information resources for animal alternatives, and many other topics. In addition, David has published two volumes of poetry, From Solomon's Songbook: The Odes (1984) and Not Made by Hand: Selected Poems, 2002–2004 (2005).